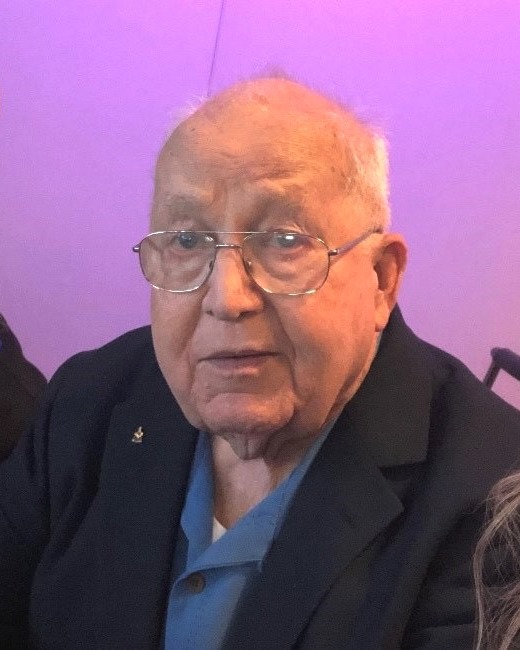 Louis (Louie) was born to parents Orie and Edith (nee Starr) of Omaha, Nebraska.  His siblings included three brothers and three sisters.  Louie attended Omaha South High School, graduating in 1950.  From 1950-1952, he worked for Haskin Bros. Soap Company in Omaha, followed by service in the U.S. Navy aboard the U.S.S. Wrangell from 1952-1954.  His naval service included work as a firefighter, among other duties.  After his service, he returned to Omaha, and was employed by C.B. & Q. Railroad from 1954-1956.  He also attended Omaha University from 1954-1958 studying business as a part-time student.  In 1956, he joined the Omaha Police Department, where he served until his retirement in 1986.

During Louie's time as a police officer, he worked with the K-9, Mounted Patrol, Motorcycle Patrol, and Patrol Car units.  To complete his military career, he joined the U.S. Army Reserve Corp in 1983, retiring in 1991 with the rank of Sergeant First Class.  This gave him a total of 23 years and five months of service in the armed forces.

After retirement, Louie worked with federal court security under the U.S. Marshal's Service, followed by a position as chauffeur and guard to Omaha Mayor Hal Daub, and later as security for Washington County District Court.

Louie's pastimes included riding in parades with the Shrine Mounted Patrol, and traveling with his wife.  Favorite destinations included Alaska and Churchill, Manitoba.

Louie was active in his church as a deacon and elder, first at Florence Christian Church, and later at Pilgrim Christian Church.  He now resides with his Lord and Savior, Jesus Christ, whom he loved dearly.

To order memorial trees or send flowers to the family in memory of Louis D. Lamb, please visit our flower store.