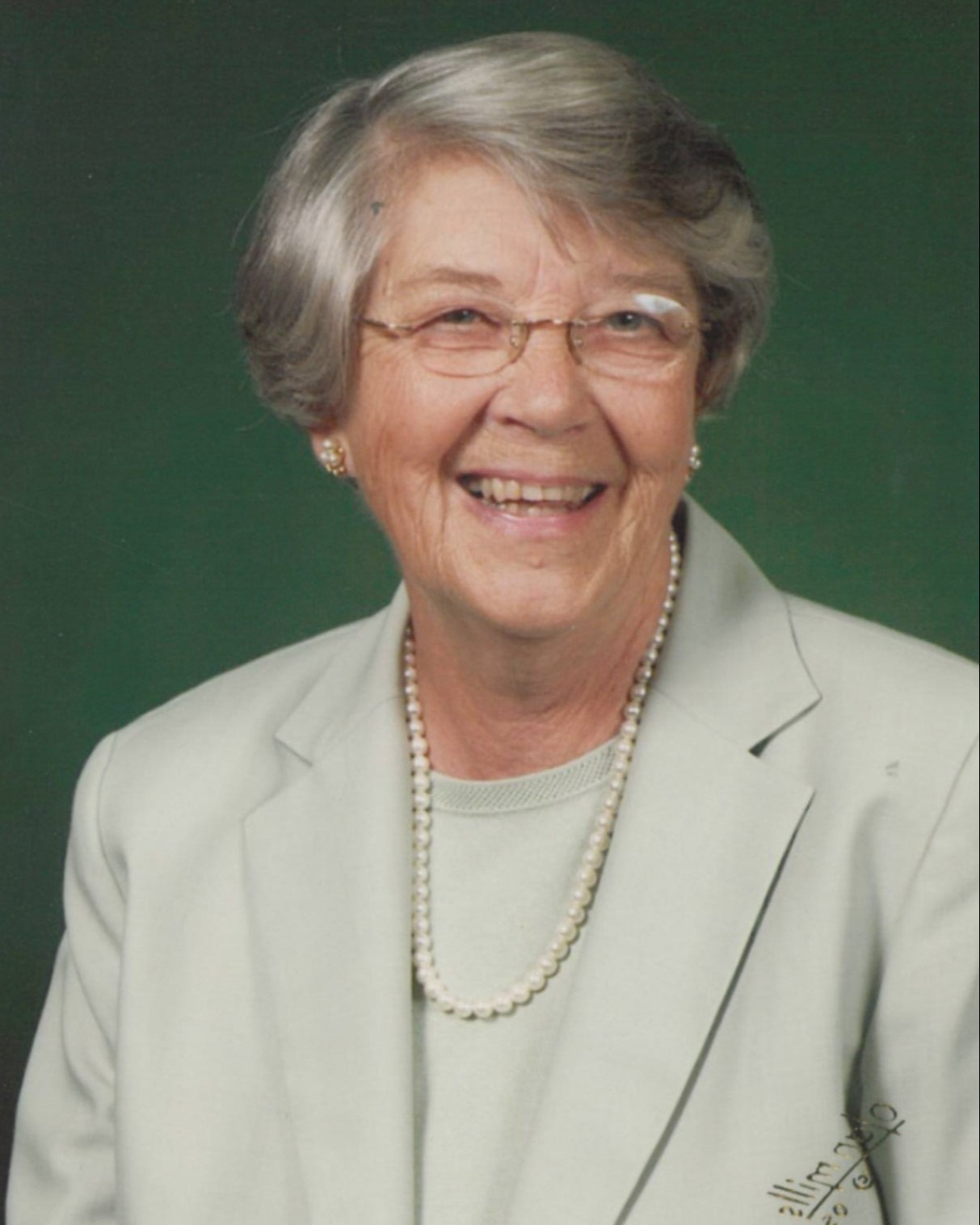 June Elizabeth Stratbucker at age 90 and while surrounded by her loving family, went to her heavenly home on Saturday, January 14, 2023. June was born at her parent’s home on March 26, 1932, in Oostburg, WI, daughter of the late Nicholas and Laura (Theune) DeTroye.

She was baptized and became a member of Bethel Orthodox Presbyterian Church in Oostburg. June graduated from Oostburg High School in 1950 and attended Iowa State University in Home Economics.

Her working life started in a cannery. She then practiced bookkeeping first in Omaha and then at the Soils Laboratory in Ames, ultimately finding her vocational calling by fulfilling the many tasks required of a farmer’s wife.

On September 1, 1953, June and George spoke their marriage vows that grew into an enduring love spanning the next 69 years. June followed George through many moves during his Airforce career including San Antonio, TX; Malden, MO; Enid, OK; Box Elder (Ellsworth), SD; and Abilene, TX. After the Airforce years she lived in Omaha, NE, settling on the farm in Ft. Calhoun and then finally at the farm outside of Glenwood, IA.

Even though she was heard to exclaim, “I’ll never marry a farmer!” she did just that, becoming George’s right-hand helpmate. Driving tractors, cultivating, combining, tending to hogs, soybean weeding, amber cane removal, irrigation system work, running for meals and parts, even planning and helping build the two homes they lived in: You name it, she did it. Along the way, June got willingly roped into a lot of cockamamie trips and escapades to make the farm and family prosper.

June was an extraordinary mother. She encouraged her four daughters to follow God with all their hearts and taught them to sing (two daughters became music majors), cook (one daughter went into professional food service), sew (another daughter turning this skill into a sewing business), and so much more. Drawing upon her own sewing ability she expertly crafted the bridesmaid and flower girl dresses for all four daughter’s weddings.

Beginning in the late 70’s and early 80’s June and George devoted themselves to developing a much closer walk with God.  This heartfelt redirection of their lives led them to aid many ministries over the years through concerted prayer and material support, as well as by diving in with their own hands. Their example is a living testimony of God’s goodness to all who have had the privilege of knowing their story.

To order memorial trees or send flowers to the family in memory of June Elizabeth Stratbucker, please visit our flower store.

Send a Sympathy Card
In memory of June Elizabeth Stratbucker, please consider making a donation to one of the following charities: